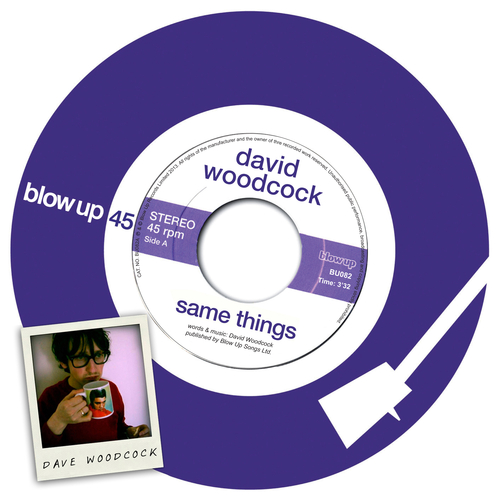 The Debut Single on MP3 & WAV

'Same Things' is the debut single from David Woodcock and the first fruits from the forthcoming and currently being completed debut album from Mr Woodcock, set for release Summer 2014.

"Essex has a bit of form when it comes to delivering maverick pop geniuses with a gift for mixing a smidgeon of music hall with a dash of 60s pop and creating inspired, but intelligent tunes" BRANDISH.TV

"Single of the summer? Well for me that was David Woodcock’s breezy pop gem Same Things, when the Southender re-ignited Estuary Pop with a whirling piano based ditty that landed somewhere in between Ian Dury’s early solo records and the lighter side of Brit Pop" PopJunkie