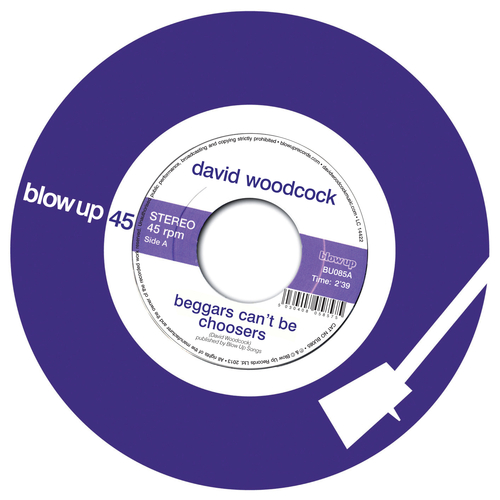 The debut vinyl single album on limited 7" single (dinked vinyl in Blow Up 45 Series house bag), MP3 & WAV - Free MP3 Download with Vinyl*
*Download will be available as soon your as order has been processed by us

‘Beggars Can't Be Choosers' / 'Tease' (double A-Side) is the 2nd single (first on vinyl) from David Woodcock and will be available as a ltd. 500-only dinked seven-inch (Blow Up 45 Series in house bag), and follows his single debut 'Same Things'.

His debut album is set for release Summer 2014.

"Another gem. Beggars Can’t be Choosers has the same music hall piano of the first record though this time there less of the harmonies and the more obvious pop hooks. It also takes an unexpected, but rather inspired, punk rock detour in the middle too. The flip Tease, highlights Woodcock’s Lennon-esque vocals on a song that wouldn’t sound too out of place on the Mind Games album" POPJUNKIE