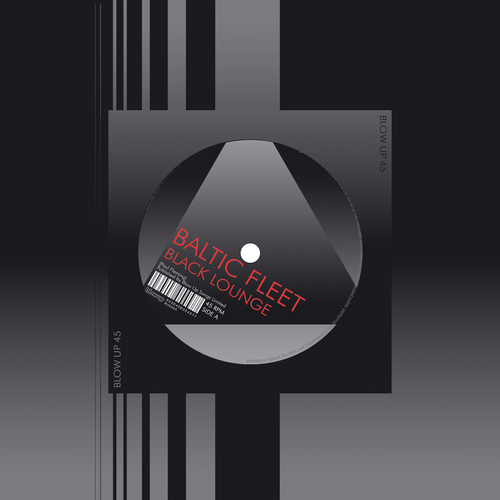 Debut Double-A single on Limited 7" Vinyl, MP3 & WAV
Free MP3 Download with Vinyl*
*Download will be available as soon your as order has been processed by us

No. 3 in Blow Up 45 Series New Wave - the third series of sevens from Blow Up showcasing the best international new wave / alternative tracks with new dark & moody die-cut house bag to match, both tracks being taken from from Baltic Fleet's self-titled debut album: Whilst on a World Tour playing keyboards for Echo & The Bunnymen, Liverpool-based artist Paul Fleming began to write what would come to be his debut album ‘Baltic Fleet’. With a laptop and any instruments that were to hand he would capture, in music, what inspired him in each city around the world; from Texas to Barcelona to Berlin to Copenhagen to Reykjavik and back to the UK in Brighton. In hotel rooms, tour buses, planes, at the end of radio sessions and sound-checks, every opportunity was taken and tracks gradually started to form into an album. A sound was born influenced by works from artists such as Eno, The Doves, NEU!, Sigur Ros and DJ Shadow.

Black Lounge was recorded on the tour bus driving through mountains from Barcelona to a chilly Madrid. Using band equipment that had been left on the bus. A fender Jaguar, a drum machine and a mini keyboard. 3 Dollar Dress was recorded in Houston sound check after a night out in Austin, Texas. Named after a girl who wore a 1950s film star dress that she’d bought for 3 dollars in a thrift store.